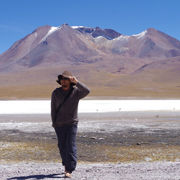 Nowadays we see Tokyo through the social-media lens of what's "likeable," whimsical or quirky, whether it's the controlled chaos of the Robot Restaurant or giant Gundam robot displays.

Then I came across one photographer on Instagram, whose nostalgic photos grabbed my attention.

When first seeing the name R̸K̸ , I figured it was somebody from outside of Japan trying to capture odd scenes in an exotic country.

But then I realized it was a Japanese travel and fashion photographer, trying to capture the hidden beauty of his city.

“Other than just street, cityscape or portraits, I wanted to create a story within these photos," said the photographer, who didn't want his name disclosed. "It is difficult to create something original from the simplest picture, and I always challenge myself with that.”

Photographs for overseas and native audiences

“What I really want to capture is to keep it original or real. Surely, social media is playing an important to deliver photography, but it’s also important to have your own character. Balancing out real and digital. I believe we need to achieve both.”

R̸K̸also mentions his passion for his photography as being delivered both internationally and domestically.

“For overseas audiences I just want to tell to the world Japan’s beauty in its essence. Simple as that. And if there will be more oversea visitors coming into Japan, and help flourish the country’s economy, then it would make me happy as well.”

It seems as though we are forgetting something invaluable, and R̸K̸ certainly made us re-realize what lies so close. Our daily lives in the city can be so special, even in the seemingly mundane.