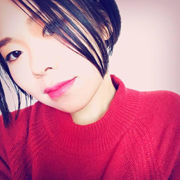 Japan’s photogenic spots typically are more characterized by compact spaces than vast expanses, whether it’s capturing the neon city lights of Kabukicho or quaint, maple-filled mountains of Kyoto. But it is a little-known-fact that Japan also has boundless, mirror-like water vistas reminiscent of the Uyuni Salt Flat. Take this picture that popped up on my Twitter feed:

Unbelievably, this is a sandy beach in Tottori prefecture, and not 12,000 feet above sea level in a remote area in South America. Here are other 8 scenic spots across Japan, some with an urban twist:

According to the National Astronomical Observatory, Lake Mashu is considered to be the clearest lake in the country. The lake’s transparency is maintained because there are no rivers flowing in, which can carry plankton.

Lake Mashu can be seen from three different observation decks, and according to the vantage point the colors of the lake shift. Although fog blankets the lake much of the time, it’s worth the wait to find the break and take the perfect picture.

Seven swamps surround the main Tsuta-numa swamp, and one of them is called Kagami-numa, or “mirror swamp.” As the name tells it, the water surface is like a mirror and reflects the surrounding trees.

Tsuta-numa is located in the within the Towada Jukai (sea of trees), where there are hiking trails within the buna tree forest. The 1.7-mile (2.8-kilometer) “Numa meguri no koji” trail is a brisk, hour-long excursion that includes Kagami-numa. The most vivid shots can be taken during the fall foliage season.

Kisarazu-shi facing Tokyo Bay is known for its cultivation of asari clams and seaweeds, and Egawa coast is known to be one of the natural mudflats where people come to enjoy clam digging from spring to summer.

Derelict electric poles decaying from seawater stretch across the horizon to factories in the distance for a surreal, steampunk-like view. Access is restricted to the beach and the posts, so be mindful of the rules.

Tateyama port has been the main water trail to transport fresh fishes over to Tokyo bay. From 1993 the Ministry of Land,Infrastructure, Transport and Tourism (MLIT) registered the area as a model beach district, and constructed a promenade.

The instagram photo is actually upside down--did you realize the sky was actually the bottom half?

Togakushi is a mystical place home to Togakushi Shrine, which has a 2000-year history and an undisturbed grove of old-growth trees. It’s full of visitors during the fall season to admire its beautiful foliage.

Since the road to Kagami-ike is very narrow, there’s not enough space for larger cars, in case you’re driving there. Yokkaichi Complex is the first petrochemical complex that was built in Japan in the 1960s. It is one of the popular photo spots for lovers of industrial scenery, and the best timing to snap shots will at dusk, when the lit-up factories reflect on the waters between the mouth of the river. Picture opportunities along the 200-meter canal include the fortress-like scene of Taisho-bashi, and Chitose Dai-ni Wharf.

Chichibuga-hama stretches more than half a mile (a kilometer) from north to south, and the calm waves and sunset on the horizon provide magnificent views. The best times for photography are during low tide when slivers of beach sand emerge, and on calm windless days for that glass-like mirror effect.

Miyako Island is about 180 miles (290 kilometers) south-west off of Okinawa’s main island. Known as “the most beautiful beach in Far East Asia,” its beaches in Aragusuku has the lively coral reefs and tropical fishes, perfect for snorkeling. With a calm surf, you can take photos as though you're in the Salar de Uyuni.

This post is from Irabu Island, also one of the Okinawan islands, where the bridge that connects from Miyako Island was constructed in 2015. At low tide, the waters retreat far back from the beach, and rock reefs of Sawada emerge to give a unique aquatic scene.

Most locations are accessible, so it's a great weekend retreat to experience a uniquely Japanese reflection of the waters.